Lou Ferrigno is an American bodybuilder of Italian roots who competed professionally in the 70s and 90s of the 20th century. He was one of the main competitors of Arnold Schwarzenegger during his sports career. During his performances, he won several particularly significant bodybuilding titles, including “Mr International” and “Mr Universe”.

Lou Ferrigno was born on November 9, 1951 in Brooklyn (New York). His father was a policeman, so the boy was brought up in severity from childhood. However, as the athlete himself admits, they loved and appreciated him in the family, even if they did not allow much.

At the age of 3, Lou Ferrigno suffered a serious illness: as a result of an infection in the ear, a severe form of otitis media developed, which took away the boy’s hearing acuity. The doctors diagnosed that his hearing had deteriorated by 80% and would never recover.

Due to ear problems, Lou developed a love for reading, cinema, and later sports. Here is how Ferrigno himself relates to what happened: “If I had not lost my hearing, I do not know where I would be now. Ear disease forced me to improve the rest of my abilities.”

Lou Ferrigno became interested in bodybuilding as a teenager. He was tall, thin, and even almost deaf, so the neighboring boys often bullied him. To stand up for himself and answer the offenders, the young man took up training with iron, slowly but surely pumping his muscles. At first, the training took place at home, but as Lou grew up, he realized that this was not enough. Subsequently, he enrolled in a gym and began training with a coach.

Lou Ferrigno’s first major bodybuilding victory came in 1971. At the age of 20, he won the “Pro Mr America” ​​among youths, proving to skeptics that bad genetics for a determined athlete is not a hindrance.

After just 3 years, Ferrigno is participating and winning at such prestigious tournaments as “IFBB Mr America”, “IFBB Mr International” and “IFBB Mr Universe”. By that time, he was no longer considered a promising beginner, but one of the grandees of bodybuilding. Many experts predicted for him, if not a win, then at least a tight fight with Arnold Schwarzenegger.

Indeed, speaking at “Mr Olympia” Ferrigno shows good results, however, he does not take 1st place: in 74 he was 2nd in the heavyweight category, and in 75 – 3 in the tall category. In addition to bodybuilding in the 70s, the athlete is also fond of football. But this hobby subsequently brings him only problems: during one of the football matches, he receives a shin injury, not being out of action for a long time.

Bodybuilder Lou Ferrigno prepares for his comeback in 1976-1977. He is quickly picking up his peak form to defeat the competition at Mr Olympia, but fate dictates otherwise. At 76, he received an offer to star in a series, which, according to the athlete’s own words, it was impossible to refuse. As a result, the athlete focuses on a career as a body and film actor, leaving competitive bodybuilding for almost 20 years.

Ferrigno renews its own professional status only in the 90s. He again tries his hand at “Mr Olympia”: in 1992 – 12th place, in 1993 – 10th place. And also took 2nd place at the “Masters Olympia” in 1994. Having shown everything he could, it is no longer a young bodybuilder who leaves the sport forever. The news surprised few people, but upset many.

Due to past achievements in bodybuilding and through current filming in films and TV shows, Lou Ferrigno has a dedicated fan base, as can be seen on any of his social media pages (be it Facebook, Twitter or Instagram). 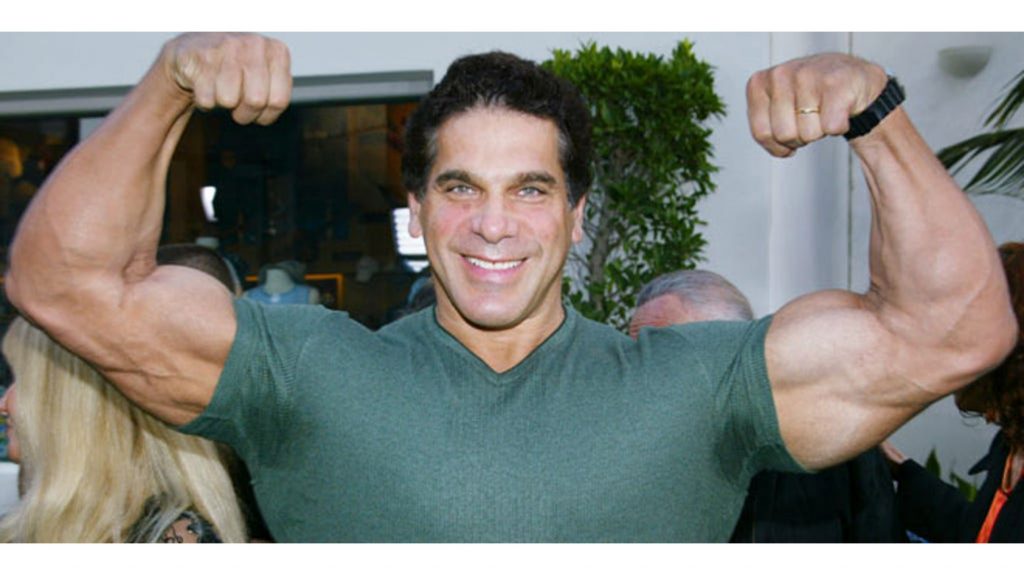 Lou Ferrigno may not be the most titled bodybuilder in history, but he undoubtedly made his significant contribution to bodybuilding. So, in the period from 1971 to 1974, he won 1 place in such prestigious competitions as:

As a child, like most American boys, Lou took an example from comic book heroes. Spider-Man and Hulk were his favorites. To become one of them was Ferrigno’s dream at school, and to some extent it came true: he played “Hulk” in the series of the same name, 1 episode of which aired in 78, and the last in 82.

Lou Ferrigno’s career as an actor and bodybuilder is undoubtedly successful. But, in the words of the movie and sports star, the main event in his life was the wedding. Ferrigno got married in 1980 and since then the family has been in the first place for him. The bodybuilder has two sons and one daughter – Lou Jr., Brent and Shanna, respectively. Lou and his wife Carla (she was a psychotherapist before meeting him, and then became his manager) always wanted many children.

As 65-year-old Ferrigno says: “If a man finds a woman whom he loves with all his heart, he must immediately marry her. Raising educated, kind and healthy children is what a man should prioritize. For me, this is more important than pump up biceps or become a celebrity.” It’s hard to disagree with Lou’s opinion. 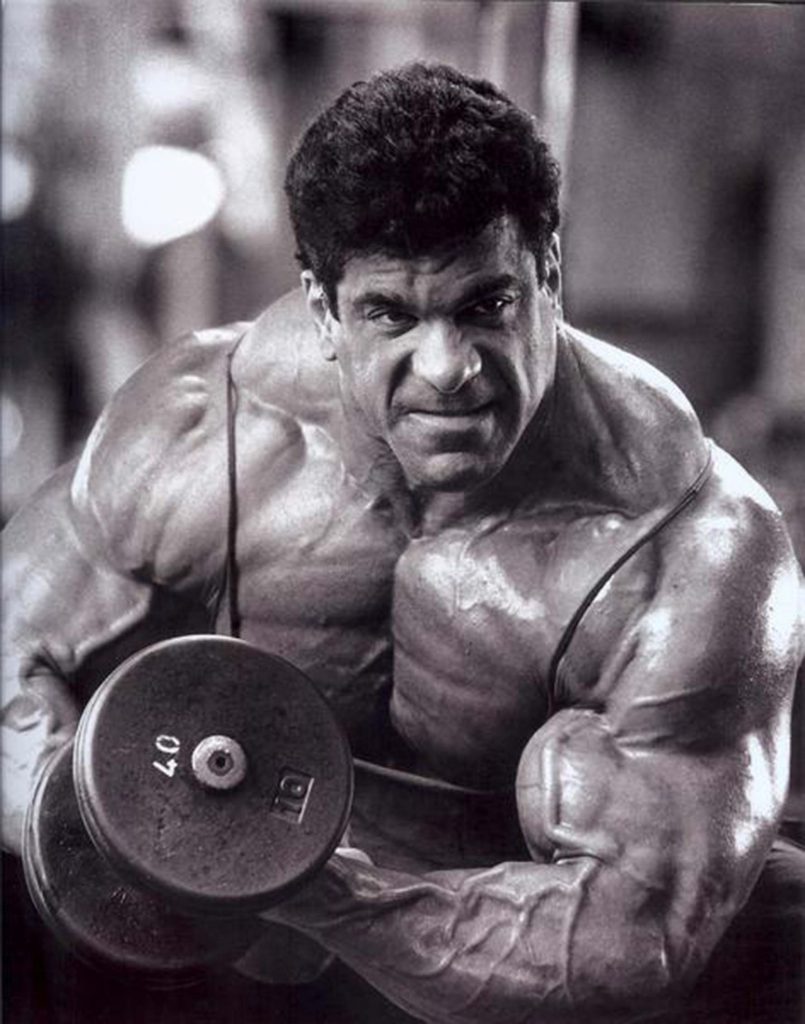 Unlike most famous bodybuilders of the past and present, Lou Ferrigno has never been a conservative in training. In fact, the main principle of the athlete was the absence of any strict rules. He did not adhere to rigid training schemes, but preferred to experiment. According to the athlete, this is the only logical way of extreme muscle pumping. Which muscles to engage in, and which loads to use for this, he chose mainly instinctively.

Lou Ferrigno came to a similar approach in training, believing that muscle groups in the human body are restored unevenly (which means that it is important to understand which of them are ready for exercise at a particular moment and which are not). For example, having felt that the biceps and triceps were rested, and the quads and calves were tired, the bodybuilder switched to pumping the former, overcoming the load of the latter. Or vice versa. This is not to say that he was wrong, because each person has unique body characteristics that need to be considered.

This flexible workout plan allowed Lou Ferrigno to have sharpened muscles, without clearly lagging or leading muscle groups. He was especially proud of his hands, which he paid close attention to in the training. As a rule, his arm workout included exercises of the form:

Obviously, the loads varied regularly, so this is only an average pattern. Ferrigno was not a typical bodybuilder living in fictitious conditions for himself, which is noticeable both in his career biography and in his workout program. 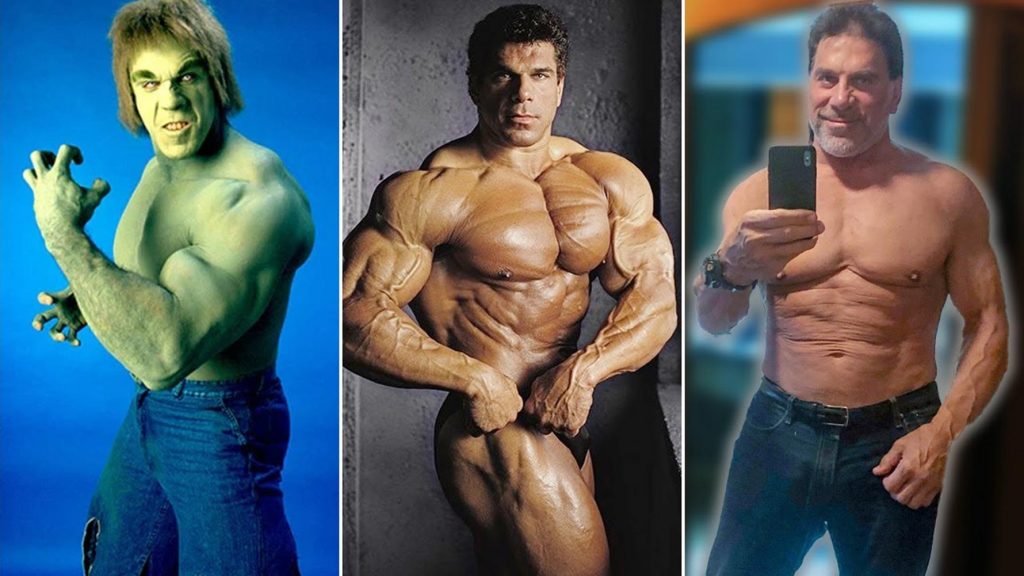 When asked if there are steroids in sports, Lou Ferrigno always answers shortly – yes. Moreover, in numerous interviews, he repeatedly admitted that he himself resorted to the use of anabolic steroids. Unlike modern bodybuilders who fear for their own skin, the former bodybuilder has nothing to fear, so he can afford to talk openly about sports pharmacology.

Lou Ferrigno claims that he used steroids only to compete with other doping athletes of that era, and did so at a conscious age. He has a purely negative attitude towards newbies, literally young guys who, without experience, immediately take on anabolic steroids. Such an approach, according to the athlete, is disastrous: one cannot approach pharmacology unprepared. In this we are in solidarity with him.

Overall, Lou Ferrigno does not hide, but does not take pride in using steroids. However, according to him, there was no other way out at that time. If you want to win, take it as others do.

Another question is what steroid cycles Lou Ferrigno did. It is believed that the main ingredients of his pharmaceutical diet were Nandrolone Decanoate and Methandienone, which were popular in the 70s and 90s of the 20th century and are in demand today.

Methandienone entered the US pharmacological market in the late 50s, and Nandrolone Decanoate in the early 60s. Both substances quickly gained popularity in sports, but until the late 60s and early 70s they were not considered doping. In the first decades of the second half of the 20th century, the pharmacology prohibited in sports were mainly stimulants.

Then almost every athlete had access to a wide range of anabolic steroids, since most of them were freely distributed.

You may have missed

Why Am I Not Gaining Muscle?

Bench press with a narrow grip – description in detail